In this article we discuss everything about the Koowheel Kooboard

Koowheel is a professional Chinese manufacturer that has been active in consumer electronics since 2009. Koowheel has its own research and development team which has already developed many new technologies and products. For example, they have their own hoverboards, electric skateboards, electric scooters and hovershoes. Koowheel products are known for their good price/quality ratio. They make good quality products at an affordable price. This has enabled Koowheel to become a major player worldwide which is active in many countries.

The design of the Koowheel Kooboard has been drastically changed compared to the Koowheel D3M. The Koowheel Kooboard is only available in the black-on-black color. The deck and the other components are all black. The exterior of the wheels have a chrome color with motif which makes them look like rims and this is nicely combined with the black color of the complete board. Furthermore, the deck consists of 7 layers of maple wood which ensures that the board reduces the vibrations from irregularities in the road surface and therefore you can ride comfortably. The battery is tightly covered under the deck so you hardly see that the skateboard is electric. The construction of the battery is made for easily slide out the battery and insert a new full battery. This allows you to make extra large trips when you insert an extra battery. 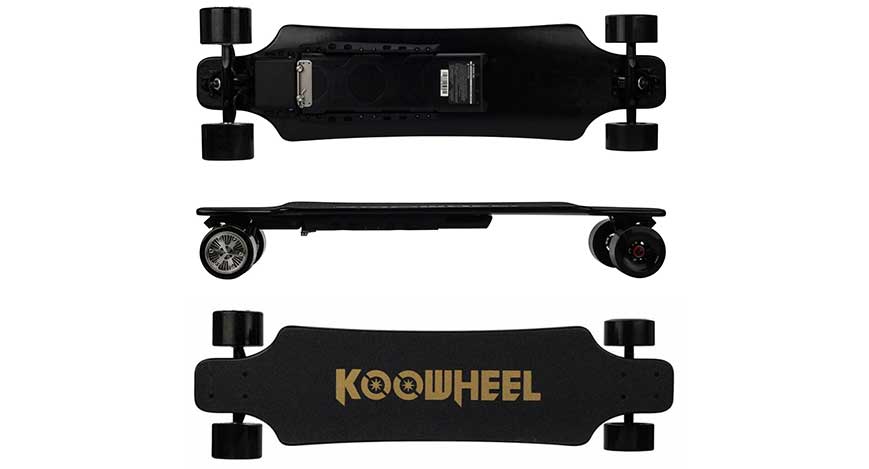 The Kooboard has a Samsung Lithium-ion battery with a capacity of 5.5Ah. You can drive up to 15 kilometers with this battery and larger distances are also possible when you drive slower. It is just as with a car, the more gas you give the more fuel you use. The battery is equipped with a protection rubber to prevent short circuit caused by water. 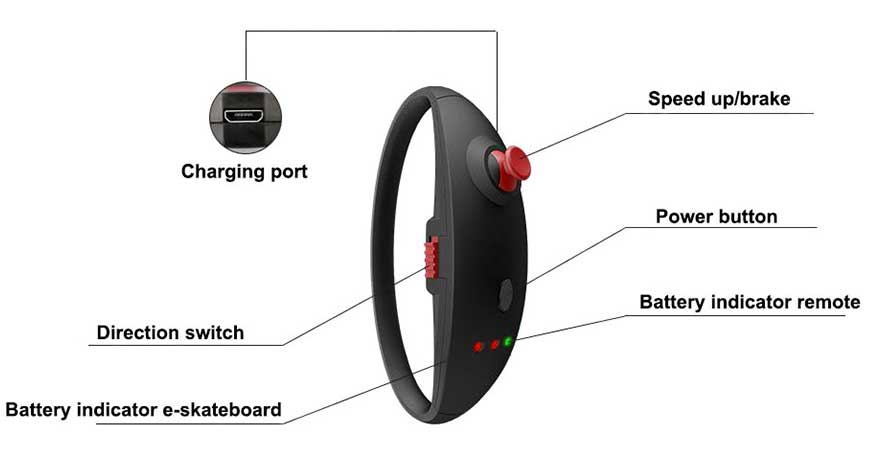 The Koowheel Kooboard is equipped with 2 hub motors in the rear wheels. These types of engines are always in the wheel itself and you also see them a lot by electric bikes and hoverboards. The hub motors of the Kooboard are 350watts each and you notice that while driving. The Koowheel quickly pulls up and in no time you drive 40km/h. An additional advantage of hub motors is that they have a regenerative braking system. This means that the released energy while braking will be stored in the battery. In this way you reuse the electricity and you can drive a bit further. If your battery is empty you can also use the electric skateboard as normal skateboard because hub motors have no resistance. You also don't have maintenance on a hub motor because everything is integrated in the wheel. The wheel which cover the hub motor has a diameter of 97mm and that ensures that you ride comfortably over stones and sidewalks. When the wheel itself is worn, you can easily replace it with the handy system that Koowheel has developed. After loosening 6 bolts you can slide the wheel of the hub motor and place a new wheel. At purchase there are standard 2 extra wheels so you can replace them if they are worn. 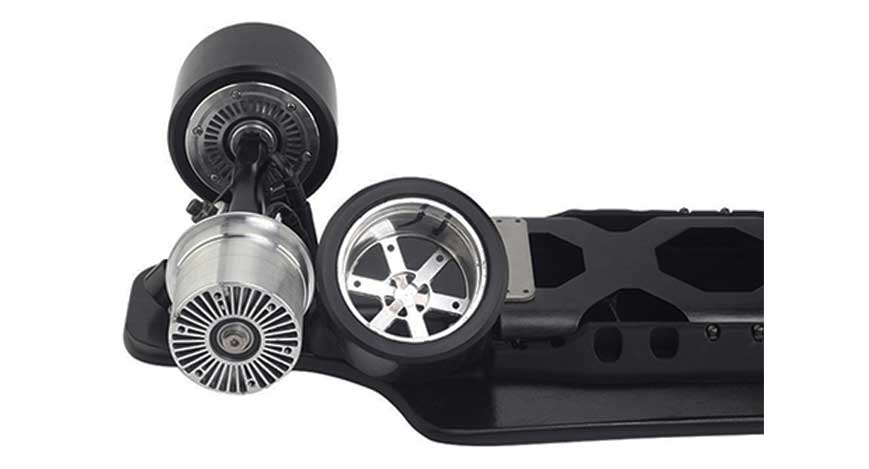 Do you want to see our complete assortment of Koowheel? Click here.