What are Shredlights and what can you do with it? Read it in this article.

Shredlights is an American brand that is specialized in lights for electric skateboards and longboards. The idea to develop skateboard lights was created in 2013 on the campus of the University in San Diego. The first prototypes were developed and tested during a school project. After many tests, the founders came to the conclusion that the lights had to meet a few important elements; removable, rechargeable, durable and don't affect the performance of the skateboard. After 30 different prototypes and a year later, the end result was ready. Production was started and the first sets were sold. After this Shredlights received feedback from their customers and continued to improve and develop the product. In 2016 they decided to double the size of the lens and increase the strength of the rubber by 200%. After this it went fast with Shredlights and they became the number 1 in skateboard lights worldwide. Shredlights has become a known name in the industry and this success is due to the combination of high quality, continuous innovation and developments.

Shredlights are available in front and rear lights and are sold in sets of 2 pieces. The lights are equipped with LED light which you can set in 2 different brightness levels namely 40 lumen and 80 lumen. By this way you can decide for yourself how far you want to see. The 40 lumens give you a few meters of visibility and the 80 lumens even further. The front lights are equipped with white light and the rear lights with red light. The Shredlights normally shine continuous but you can also set them to blinking. The lights last up to 4 hours and are rechargeable so you do not have to change batteries each time. The Shredlights can be used for any kind of electric or normal skateboard and longboard. They are widely used by people with an electric skateboard because they not only provide visibility in the dark but also make you visible to others. This allows you to safely cruise in the dark and that is very pleasant. The Shredlights can be used for any type of electric skateboard. For example, they can be used for e-boards from Evolve Skateboards, Boosted Boards, Koowheel, Inboard, Mellow Boards, Enertion and many more. 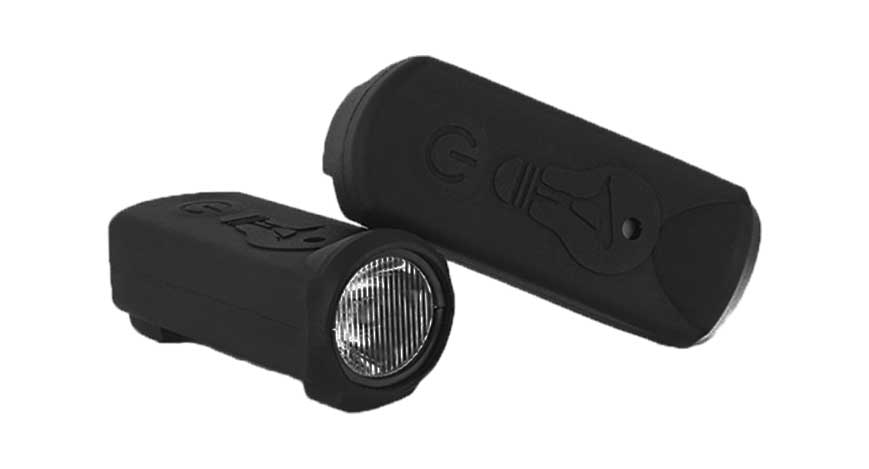 Do you want to see our complete assortment of Shredlights? Click here.