Home / Blog / The story behind Super73

Discover the story behind the brand Super73 in this article.

Super73 is an American lifestyle adventure brand from Southern California which started in 2016 when a group of friends came up with the idea to develop a new kind of e-bike which was inspired by motors, mopeds and mini bikes from the 70s. From this idea the retro design of the Super73 was created and the first prototypes were produced in Tustin, Orange County. The reaction on these prototypes were very good and because of that Super73 decided to switch to full production. To scale up this production, they choose to raise money through Kickstarter.com. The goal was to raise $25,000 but because of the great success they raised over $441,461. 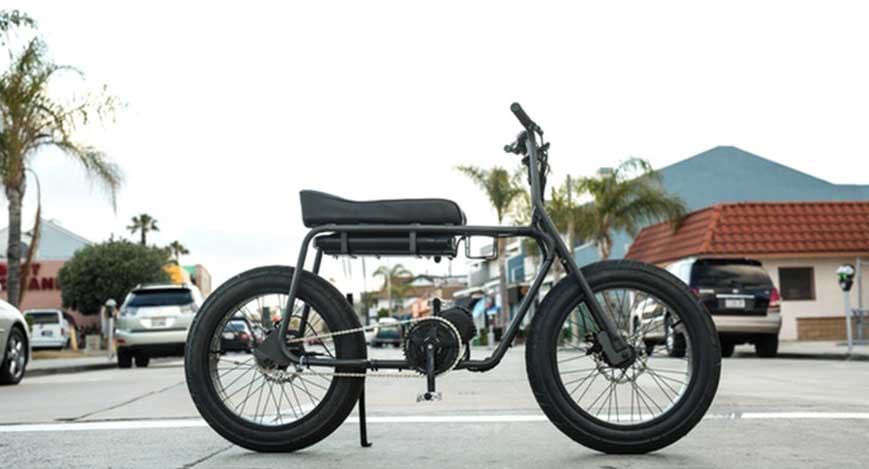 The first model of Super73

Super73 has put a lot of effort into using influencers to market their product. By this way they had collaborations with the world-famous vloggers Casey Neistat and Jesse Wellens. These 2 vloggers together have over 21 million followers on their Youtube channel and this gave Super73 a very large reach. Casey and Jesse made frequent use of their Super73 E-Bike in their vlogs. In this way the general public became familiar with the Super73 brand and its unique looks. From that moment many other celebrities such as Will Smith and Post Malone where also spotted with their Super73 bike. This has given the brand even more attention and they now grow very fast. 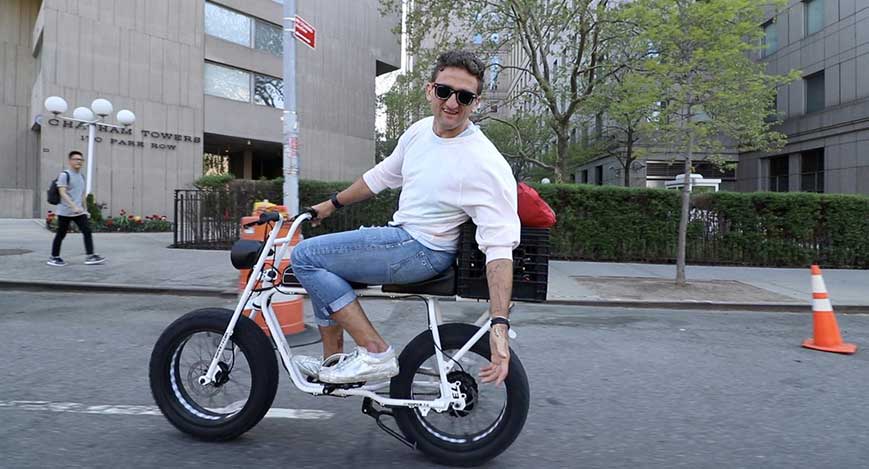 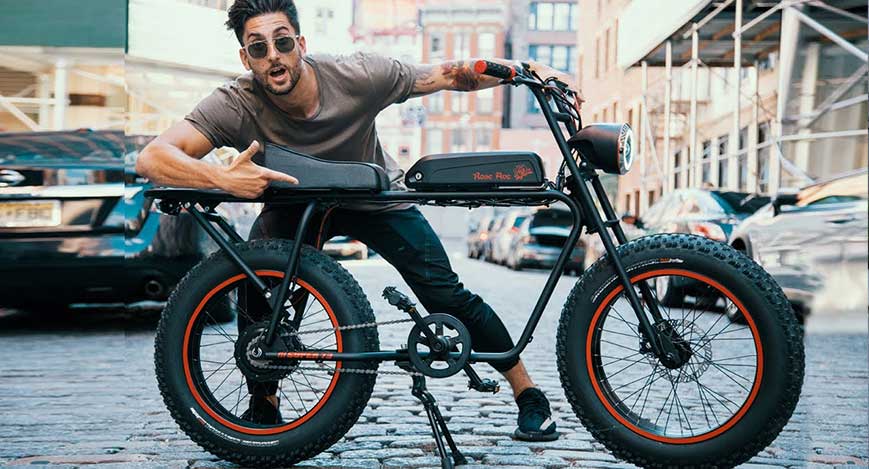 Because Super73 grown so fast in America and became known worldwide, the demand for their e-bikes also grew from other countries in the world. Because of this Super73 decided in 2018 to expand worldwide through exclusive distributors. The demand for this fat e-bike also grew from the Netherlands and Super73 agreed with Voltes that we became official dealer and maintenance partner. Because of our expertise in the field of e-mobility products, maintenance and repair, we are the ideal partner for Super73 in the Netherlands.

The Netherlands is also the country of bicycles and in the meantime more and more of e-bikes. With our huge amount of long cycle paths, we are the ideal country to optimally enjoy the Super73 e-bike. For driving on a Super73 you don't need a helmet, driver's license or registration plate so everyone can ride on this e-bike. The Super73 is a pleasure to ride on and that is because of the powerful electric motor that goes up to 25km/h. Furthermore, the e-bike is equipped with all-terrain tires so you can literally ride on all terrains including the beach, lawns, forests and roads. Driving on this e-bike is characterized by freedom, adventure and fun. Do you want to make a test drive on a Super73 E-Bike? Then visit us for a free test drive.

See our complete assortment of Super73.