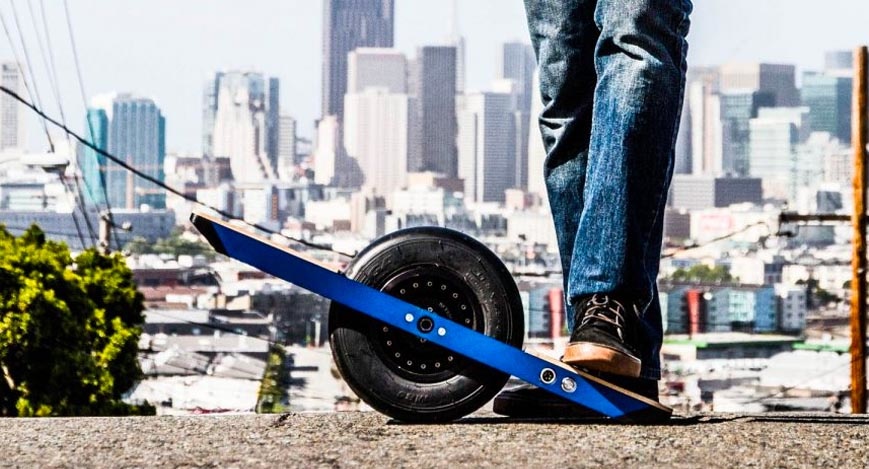 Onewheel: What is it?

The emerge of Onewheel

Since 2005, Kyle Doerksen, founder of Future Motion has been creating his perfect electric vehicle. Kyle Doerksen holds multiple engineering degrees from the University of Stantford. After eight years of tinkering with prototypes, the maker of Onewheel founded Future Motion in 2013. This is also when the first real Onewheel was launched. This Kickstarter exceeded all campaign goals by making a revenue of $630.000. At the time, Future Motion was based in Mountain View California, before moving to Santa Cruz in 2015.

How does the Onewheel work?

The Onewheel works entirely on body movements. The user of the Onewheel accelerates and brakes by leaning forward and backward. With the right balance and movements you will notice and you can turn and steer easily. For many people driving the Onewheel can feel uncomfortable at first, but soon enough you will notice you get the hang of it. This is because of the advanced operation system. The feeling of riding the Onewheel is like surfing or snowboarding on the road. This can be done on many different surfaces. Forrest paths, grass or the beach come to mind.

The different Onewheel models and their specifications

The Onewheel is a great alternative way of electric transport and suits people that like adventure. Go for a Onewheel if you want to have fun. Yes, you can reach a speed of 30 km/h but we are convinced that people should use the Onewheel in a playful way. Cruising on the beach or through the forrest for example. Or for commute in a chill and unique way!

The Story of Onewheel